Being lucky enough to go on exotic family holidays around the world growing up, Jamie's wanderlust manifested itself in the shape of a love for Africa. As soon as he had finished his A-levels and had been offered a place at university, he jumped on a plane to Kenya and worked in the Maasai Mara in a small luxury tented camp for a year. Between seasons in Kenya, he travelled around the Eastern Cape of South Africa, before returning to begin his International Tourism Management degree at Sheffield Hallam University. The course lasted four years, but during the long summers he volunteered in Borneo for an Eco-lodge and spent a year in the industry working on the East Coast of the USA. He now has his sights set on gaining more experience of tourism around the world.

Jamie is now a Sales Consultant, specialising in Africa, parts of the Middle East and Arctic Scandinavia.

Q: Favourite city:
A: Cape Town- the city is a great base for that part of South Africa, and has so much character and charm!

Q: Favourite meal:
A: Zarb - the Bedouin Barbeque! Without a doubt one of my favourite meals. Traditionally, this Jordanian meal consists of lamb or chicken, with plenty of herbs and vegetables stacked on tiers which have been buried in an oven with hot coals beneath the desert sands. One not to be missed on a trip to Jordan...

Q: Favourite travel advice:
A: Take a travel guide with you- you don't have to follow it religiously, but it is great to have for suggestions and planning whilst on route.

Q: Most memorable journey:
A: Tough one. Driving from Axum to the Simien Mountains in northern Ethiopia was incredibly special. It may be a long drive, but you are so well rewarded with the views and wildlife that you meet along the way. Or arriving into Wadi Rum at sunset. The colours and the landscape were incredible/ otherworldly. I can understand why so many film sets are shot there. Or guiding a night drive in the Maasai Mara and seeing a Lion Pride hunt, two Leopard's and an Aardvark in one night!! Still the most incredible Safari I have ever done. 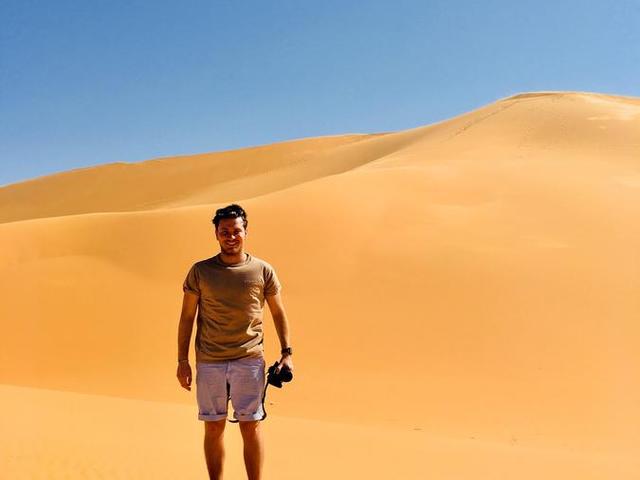