We descended the slope to the waiting crowds of livestock. “Choo,” my guide Aktal asks? I respond my ushering my horse with my own, “Choo” and we are off galloping off across the flat expanse before us. The feeling is exhilarating, no obstacles except a few cows and sheep who know well enough to get out of the way and a vast lake ringed with snow capped peaks unfolding before us. Aktal urges his horse up a gear and I respond in kind, not willing to be out done. Luckily, my horse is no plodding trek horse, Kir (translated as Messy) flattens out his neck and elongates his stride as we race across the plain. I nervously raise one hand in the air as Aktal has been doing, and with his encouragement keep it there as I am stood over the back of Messy, whooping and hollering. Messy and I edge ahead and whether due to the faster horse or a gracious host, reach our marker out in first.

As I got on Messy that morning and we started sauntering away from the Yurt camp, it was hard to believe that less then 48 hours ago I’d been in London and now here I was at 3000m exploring the beauty of Song Kul lake on horseback. Whilst Aktal didn’t speak much English, he spoke enough that I quickly realised his stallions (the Kyrgyz people don’t ride mares as they are too important for their milk and rarely geld their stallions) didn’t require much encouragement beyond verbal commands. They were his Kok Boru (the local game of polo played with a decapitated goat) horses so highly trained and ready to respond to verbal commands such as “Choo,” which means go faster!

We continued past the other camps climbing a hill with views across the lake and plains. The clouds were heavy and grey and as the sun peaked through it turned the browning autumn plains into pure gold. Then it began to snow, flakes settling on us, the horses and my guide’s dog. So we headed to a cluster of three yurts, where we hid from the cold with some Kumis (fermented mare’s milk) straight from the barrel. Having never tasted mare’s milk before, I wasn’t prepared for the rich earthy flavour that comes through, nor the smokiness from the fire over which it was treated. Apparently, the September Kumis is renowned for its strength of flavour as the mares have been enjoying the rich grass after a summer of sun, lucky me….

Powered by the Kumis the rest of the day was spent enjoying the scenery alternating with the pure exhilaration of galloping across the plains.

Two days later I was in Tash Rabat mounting another horse ready for another full day of riding. This was a very different day of riding, apart from a short chase when my guides horse ran off - I would like to say I heroically galloped after it and caught it by the reins but no, I am not that flexible, so I just sort of hemmed it in until it stopped and my guide jogged up to us – the day was arduous and full of steep climbs and descents. The valleys and passes ringing Tash Rabat are part of the Tien Shan mountain range and the locals call the jutting peaks Dragon’s Teeth. But after an hour or so of steep climbing we came up to a pass of 3,800m and the view opened up in front of us and I felt as though I was riding through Middle Earth with the green plains and dramatic mountains at mine and my horse’s feet.

Luckily for the horses, they were free to graze as we went in to explore a series of caverns crawling through the narrow entrance way and marvelling at the walls that shone with ice and quartz. I was very much enjoying the experience until my guide told me that wolves used the cavern as a den in Winter and I started wondering how close the end of September was to Winter in the mind of a wolf.

Fortunately, though we emerged into the midday sunshine unharmed and began making our way off into what in my mind was definitely Rohan. Mystical ideas of days and days of riding quickly disappeared as the reality of trekking through this difficult landscape became clear, the passes were steep and consisted mainly of scree, meaning that I was focused more on keeping my balance as centered as possible to allow my horse to pick his best route down. Where it wasn’t scree, it was a hardy prickly type of gorse that ran down whole mountainsides that my horse absolutely hated so he would bunny hop over the plants when he couldn’t avoid them. It was a particularly unpleasant surprise when he first did so, as already descending on a sharp angle meant my seat was hardly secure and I only just avoided sliding off his back and landing in the gorse myself! At points we led the horses over the shale and through the thick gorse, feeling fortunate that I had my chaps on and hadn’t taken them out of my bag in exchange for a nice dress to wear later in the trip.

However, whenever we crossed a pass and the majesty of the views spread out in front of us again all the hardship became worth it, just to stand there with no other living creatures in sight except the vultures swooping low overhead.

We returned to Tash Rabat just before sunset and after one of the toughest days of riding I have ever done; I could imagine the relief of arriving there to a warm fire after riding through this difficult terrain. Riding in Kyrgyzstan gave me an insight I could never have imagined into life in Kyrgyzstan and on the Silk Road. Those experiences will stay with me for a lifetime. 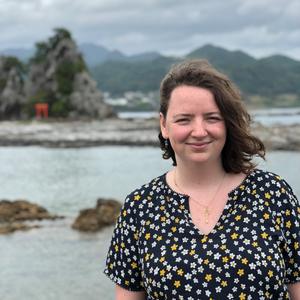 Khovrenko Wine Cellar Kashgar and The New Silk Road What to eat in China
Share this post: