I have just returned from a quick trip to Iceland to inspect the newly refurbished luxury vessel the M/V Sea Spirit, which sails to both the Arctic and Antarctica. She is a comfortable expedition ship with capacity for 114 passengers, featuring stylish suites spread across the five decks. There is an outdoor deck featuring a jacuzzi where breakfast can be served, a bar lounge, presentation lounge and polar library. We certainly enjoyed some gourmet cuisine on board over the course of 24 hours and overall I was very impressed with the service and facilities of this ship, which offers a little more extravagance than some expedition cruise boats.

The enthusiasm and expertise of the staff was particuarly inspiring, with a wealth of experiences in the polar regions shared between the crew. One expedition leader had spent several months at a research station in South Georgia, another had been working in Greenland as a tour guide and another has published books about polar exploration. The lecturers were all well informed about polar wildlife, adventure activities and Inuit culture and there were some particularly entertaining presentations in the evening.

The first presentation was from the senior vice president of Poseidon Expeditions (who operate the Sea Spirit) and he led their recent voyage to the North Pole. That particular cruise is on the 50 Years of Victory, which is a Russian nuclear-powered icebreaker. The ultimate achievement is stepping out on the ice at 90° north on the top of the world. The second talk was by the first woman to walk across Antarctica independently (over the course of 59 days!) Her tales of courage and almost spiralling into madness during the journey were as captivating as the landscapes themselves.

I had a day and a half to explore in and around Reykjavik and visit the lakes, volcanoes, geysers and waterfalls of the ‘Golden Circle,’ as well as take a dip in the thermal waters of the Blue Lagoon. Without doubt it is worth extending your stay in Iceland if your Arctic cruise begins or terminates here and perhaps even hire a car to explore the whole island over the course of a week.

We offer a number of cruises aboard the Sea Spirit including to the Falkands, South Georgia & Antarctic Peninsula and the lesser explored Franz Josef Land in the Arctic. 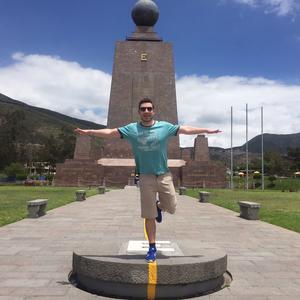 What is Colombia Famous For? Exploring Isabela Island in the Galapagos Antarctica: The Great White Continent
Share this post: