The group were a little jet lagged from a 3 a.m. landing, and worn out after a walking tour of Dushanbe – Tajikistan’s capital. However, that didn't stop us getting up bright and early the next morning , as we loaded up four Land Cruisers, clambered in, and set off along the fabled Pamir Highway.

The sweltering temperatures eased as we wound and wove our way upwards into the mountains. The road followed a river, seething with the recent snowmelt after an especially hot few days. Every couple of hours we crossed a bridge over a confluence and watched with delight as the bright aquamarine water of the joining tributary, swirlingly merged with the dense brown of the main river that had picked up silt on its seeming endless slalom from headwaters on the high Pamir plateau.

By mid-afternoon we climbed up and away from the river and zig-zagged up towards a 3,258m pass. Quite a climb from Dushanbe’s paltry 800m. Winding down a precipitous valley, we finally reach Kalaikhum, our home for the night - the town sits on the Panj river which acts as the border between Tajikistan and Afghanistan. That night, while the moon eclipsed blood red, we stared out across the water at Afghanistan. Only a strong stone’s throw away but culturally worlds apart from Tsarist and Soviet-influenced Tajikistan.

For the next two days we bumped and jolted our way south east along the formerly tarmac road that hugs the river. Unsurprisingly, there were few other vehicles on the unforgiving route. However, across the violently racing water the Afghan equivalent track that also traced the mountain-pressed river was utterly deserted. We spent a special night with a family of farmers a few miles up the Bartang Valley, sleeping on floor mats and admiring a resplendent starscape, undiluted by light pollution.

We saw only a motorbike or two across the river on the second morning, and later that day a caravan of a dozen overladen donkeys with turbaned men strolling nonchalantly behind, inches from an improbably steep drop into the churning grey-brown rapids below.

By the time we reached Ishkashim, the gateway town to Afghanistan’s Wakhan Corridor, there was a quiet sense of trepidation among the group. In just one day we would be crossing the border into a country synonymous with strife and instability. A forbidden land with a name that quickly evokes images of war and devastation. No one voiced their concerns but it seemed clear everyone was asking themselves: “Afghanistan? Really? Is this wise?” 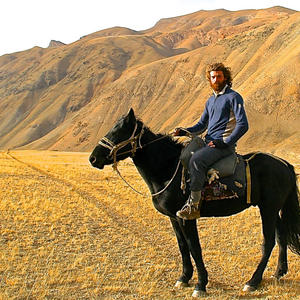