Chasing a total solar eclipse in Chile and Argentina

Wild Frontiers traveller Alan recently returned from a once-in-a-lifetime experience viewing the total solar eclipse in Argentina. We're currently offering £500pp off our Patagonia Solar Eclipse Tour in 2020. Offer only valid on bookings made by the 30th of September 2019. Quote code ECLIPSE500.

The Andes, Argentina? In midwinter - why? This was a question asked frequently by my friends and family. The answer – there’s a total solar eclipse on 2nd July 2019.

The 21st June (winter solstice) saw a small group of six (four from the USA and two from UK) met up with tour manager Ana and driver Cesar in Calama, at 2,200metres in the Altiplano of northern Chile. It was 24 C, clear and sunny. We travelled over 1200 miles across the Andes and through northwest Argentina, ending our visit in Mendoza. There was spectacular scenery, multi-coloured geological formations, amazingly well-preserved child Inca mummies and their fabulous grave goods, dinosaurs, visits to Inca and pre-Inca settlements along with testing out a variety of wines at several wineries, to keep us busy.

On eclipse day we were 250 miles northeast of Mendoza. The Zonda wind from the mountains had blown strongly all night and there was dust in the air. A fresh, heavy blanket of snow coated the Andes.

Groups on big buses set off by 7 am to go straight to the official eclipse site in the mountains close to the Chilean border. Ana and Cesar took a much more laid back approach. We headed out on the empty road to visit Ischigualasto Provincial Park, with exposed geological strata from 230 million years ago containing many and varied Dinosaur fossils. At 11.15 am in the William Sills museum in the centre of the park, TV screens were showing a countdown of 5 hours and 8 minutes till the start of eclipse.

At 1 pm we set off, still undecided as to whether to go to the official site or head further south at lower altitude but within the thin band of longest totality time. We started to encounter fellow eclipse chasers, but only in small numbers. At the vital junction, we did one and half full turns before the groups’ decision to head south.

We arrived at an open area by a disused railway with open aspect to the south west and a line of hills to the west. It was 3.45pm. A great picnic was set out and we tested our eclipse glasses whilst sipping chilled wine.

At 4.26 pm the first hint of a bite out of the sun could be seen. The moon moved up from the left lower side diagonally across the sun. It remained very bright until well over 95% coverage when long grey shadows began to form and grow. Burrowing parrots were confused by the suddenly early dusk, squawking madly in indignation, but became silent at the moment of totality.

There were shouts, cheers and whistling from local people nearby then just as swiftly, it was still and silent. Dawn and dusk were visible in the east and west at the same time and the stars appeared. Two minutes and 32 seconds passed and then the sun emerged from its corona and light rapidly increased. It was over but what a spectacle. Somehow the increasing reappearance of the sun was a lot less exciting than its disappearance had been!

We were so lucky - at the official mountain eclipse site, it had become very windy and dusty, so people had to shelter in the buses to view the eclipse only to then endure major traffic jams on leaving the area.

Meanwhile, we travelled back to our hotel on peaceful roads, guided by a crescent moon and a myriad of stars. A fantastic end to a wonderful day.

Now the only question is – should we book for the next total eclipse due to take place in December 2020 in Patagonia? Sounds like we’re hooked, and the great news is that Ana is also leading that tour. And it will be summer! Perhaps that answers our question… 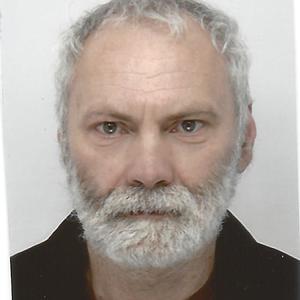