‘Exotic’ often sounds like a bit of a cliché, but it’s the first word that comes to mind when I think of Yangon. Its downtown area is an atmospheric jumble of monasteries, enormous colonial buildings, Soviet-looking office blocks and gaudily painted apartments. People sit on tiny stools at the tea shops and beer stations dotted liberally around the city and its streets are a jumble of hawkers, office goers, trishaw drivers and cream-coloured street dogs. Women dress in fitted, colourful lungyis (a sort of wrap-around sari) and wear a yellow bark paste called thanaka on their faces. Many of the street side shops are mobile, so people carry all manner of things on their heads or at both ends of a long pole slung across their shoulders. It’s a cacophony of sights, sounds and smells that leaves a lasting, other-worldly impression.

Yangon, or Rangoon as it was known until 1989, used to be the capital of Myanmar until its military dictator grew paranoid over a supposed threat of a sea invasion. The capital was literally moved overnight to the site of a former swamp in central Myanmar in 2007. For the record, the idea didn’t catch on and the embassies, businesspeople and expat community remained in Yangon. The commercial and cultural capital remains a thriving city of seven million.

Shwedagon Pagoda is an absolute must-see. This 2,000-year-old structure is made with 60 tonnes of gold and it’s visible from most parts of the city (having a glass wine and staring at it in the distance is mesmerizing!). Buddhists from all over the world come here to make merit and it’s particularly enchanting as night falls, when devotees light candles and incense and then kneel down to pray. There’s a lot of chanting too. It’s important for both men and women to dress appropriately at this sacred site – cover yourself to your ankles or you’ll be given a lungyi and a disapproving look at the entrance.

Hop aboard the Yangon Circle Line for a glimpse of authentic Yangon living. It skirts the city, moving from very urban to remarkably rural scenes (think water buffalo sloshing around in mud puddles) during the three-hour journey. Passengers are a fascinating mix of entrepreneurial hawkers and low-income commuters – there’s even the odd bamboo flute player busking onboard.

Take a ferry from the jetty opposite the hundred-year-old Strand Hotel to Dala, which is part of Yangon yet such a contrast to it, in part because it lacks a road connection across Yangon River. The journey takes 15 minutes and it’s usually packed with people taking their wares (anything from fruits and vegetables to motorbike parts) across to the city proper to sell, swap or repair. If traffic is getting you down in Yangon, you’ll enjoy the scarcity of cars on Dala – a thick row of motorbikes and trishaw drivers will appeal to you for fares as soon as you step off the plank. Make sure to check out the social enterprise Chu Chu, which makes beautiful things out of recycled plastic.

The wet markets of Chinatown are something to behold and are sure to rack up likes on your Instagram feed. While not a tourist area as such, no one will bat an eyelid as you sniff around the remarkable displays of gigantic fish, pincer-clicking mud crabs and other creatures difficult to identify. Watch an elderly woman deftly chop up a flathead using a machete and place hunks of it on old-school scales. Along roadside people squat next to enormous bunches of brightly-coloured flowers and an incredible array of vegetables. It’s a bustling and fascinating place. Afterwards, head to 19th Street (also known as ‘Beer Street’) for a beer and a barbeque feast.

A tip before you go

Myanmar is a cash-only country with quirks – US dollars are widely accepted (particularly for bigger ticket items such as your hotel bill), but they must be in mint condition. Even a faint marking or crinkle will lead to your money being refused as payment, even though the policy officially changed last year… and no one is really sure of the reasons behind it! Keep notes flat and dry – no folding in your wallet. And don’t let a money changer persuade you to accept imperfect ones. The local currency is kyat (pronounced ‘chat’) which is what ATMs have been spitting out since they arrived in Myanmar in 2012 – thankfully you don’t need to worry about the condition of your kyat. Make sure you change any leftover kyat back to US dollars before you leave, because it’s not accepted by money changers outside Myanmar.

Yangon’s national dish is mohingya, a steaming hot fish broth that’s usually eaten for breakfast. Hordes of people gather at outdoor and often mobile, mohingya stalls in the mornings for multiple helpings of this unusual dish. Hygiene practices at street food stalls are notoriously poor (in part due to a lack of access to clean water), so play it safe and avoid them. Get your fix of Myanmar favourites at places like Rangoon Tea House – try mohingya as well as Shan noodles or tea leaf salad, the latter of which is thought to stave off tiredness. I also really like Monsoon Restaurant, which serves up cuisine from Myanmar, Laos, Vietnam and Thailand. Pop next door to 50th Street Bar for a beer in this beautiful pub. Other must tries include an avocado smoothie from a juice bar – I honestly don’t know why this nutrient-packed drink hasn’t caught on elsewhere in the world!

The best place to buy local handicrafts is at Hla Day, a fair trade organization that produces everything from scarfs and purses with retro prints to traditional textiles and toys made out of paper mache. Its suppliers are mostly women and are usually from marginalized communities, such as people living with HIV. The store is located in the upstairs section of a beautifully restored colonial building in one of my favourite downtown streets.

Bogyoke Market is geared towards tourists and has hundreds of stores – my favourite sells relics from bygone days, such as British-era Indian Rupiah notes and coins, army gear and curious bric-a-brac. There’s stores selling jewellery, lacquer ware, paintings, traditional clothes and antiques. At most stores you’ll need to haggle well to avoid paying too much – my best piece of advice is to feign disinterest! Yangoods is a terrific store at the market which is owned by a French designer. Yangoods makes exquisite, vintage-inspired cushion covers, tote bags and clutches (to name but a few). 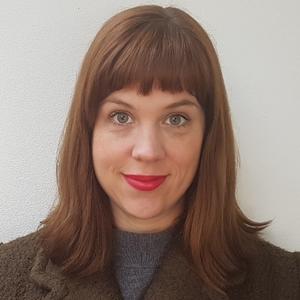