In 1996 travel writer Jonny Bealby set out across India and the border regions of Afghanistan and Pakistan's Northwest Frontier Province to follow in the footsteps of his two heroes from English literature, Peachy Carnehan and Daniel Dravot, from Kipling's classic tale, The Man Who Would Be King.

Travelling on foot, on an often gruelling and dangerous journey, he became captivated by a land of harsh natural beauty, political intrigues and a diverse and fascinating population.

And when he finally emerged from Afghanistan back into Pakistan and the valleys of the Kalash – the last of the pagan tribes to inhabit the Hindu Kush – he was so taken with these warm and welcoming people that he put down his bags and stayed for three months.

What also amazed Jonny was the near total lack of tourism to what was a relatively accessible region. So, having written his second book, For A Pagan Song, in India, about this journey, the following year he returned to Northern Pakistan and swapped his travel-writing hat for that of a tour operator.

Seeking advice from the Kalash themselves, as well as other ethnic groups along his chosen route, Jonny created the first of his itineraries (The Hindu Kush Adventure) and a few months later led his first group... and so Wild Frontiers was born.

Running WF as a tiny sole trader business – from a back loo at his parent’s home – Jonny advertised for groups and between 1999 and early autumn 2001 took a growing number of ever-appreciative clients to what had become a second home.

On 11th September 2001, Jonny was actually with a group high in the Hindu Kush and, as isolated as they were, they didn’t hear about the cataclysmic events in New York until the 14th September. When they walked into a hotel in Chitral, and saw a newspaper with the headline ‘Doomsday for the USA’ Jonny slumped in a chair and pondered darkly, ‘Doomsday for Wild Frontiers more like!’. As things transpired Jonny could not have been more wrong. Ironically, far from being the end of Wild Frontiers, this was really the beginning.

Given the stark choice of chucking in the towel on Wild Frontiers and finding yet another career, Jonny came home and set about expanding the business. Taking all that he’d learned from running trips to Pakistan, and all that he knew of the other locations from his writing assignments in Africa and Central Asia, he developed a business plan and in 2002 turned Wild Frontiers into a private limited company.

At once he set about recruiting like-minded guides and office staff who shared his passion for the remote corners of the world and a short time later the company took off.

Whilst maintaining the same sympathetic approach to the people we visit and the regions through which we travel, Wild Frontiers now takes travellers to over 60 countries on five continents.

Using passionate and knowledgeable guides, as well as dedicated and experienced office staff, we are able to provide unique and original itineraries that allow our clients to take a journey beneath the surface of the region and into those special and secret places we all love to discover.

Also by teaming up with carefully chosen Non-Governmental Organisations (NGOs) – the Hope Foundation in Calcutta, Camara in Ethiopia and Lone Buffalo in Loas to name a few – we are also able to help local communities come to terms with their ever-changing environment, provide funds for better water, housing and education and ultimately help to put something back. In order to be able to do more in this regard, in January 2009 we formed our own Wild Frontiers Foundation to help us in this endeavour. 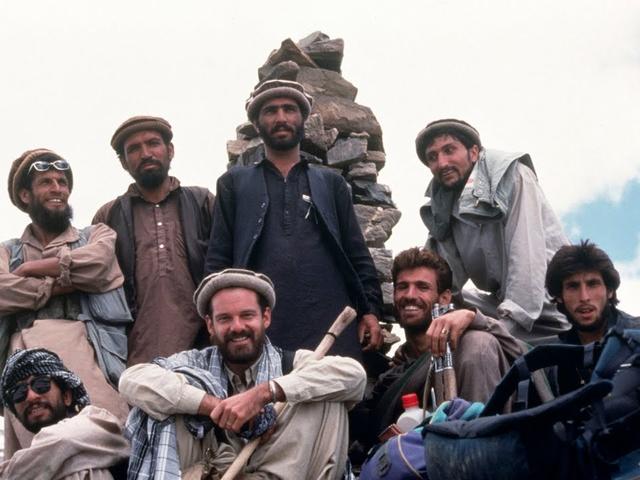 To give our clients the kind of personal service we know they like, we operate from an office in Chiswick, West London, where we have a dedicated team – all with a wealth of knowledge about our destinations – on hand to answer your questions. While expanding steadily Wild Frontiers maintains the same personal, flexible and deeply knowledgeable service that served us so well in Northern Pakistan.