Friendliest People in the World? The Iranian People

I had heard a few things about Iran before I began my journey. I heard that the country is beautiful, it has rich history, the architecture is second to none, and that the people were quite possibly the friendliest people in the world.

As I boarded my flight from Istanbul to Shiraz, I was met by a sea of intrigued eyes and warm smiles from the Iranians already sat in their seats. Walking down the aisle I noticed people were trying to look at my hands and soon realised it was because they were trying to gaze at my passport and see where I was from. Before reaching my seat I was stopped twice by different families who warmly welcomed me and asked where I was from.

I sat down next to an old lady travelling with her husband who after shyly smiling at me from behind her chador for five minutes introduced herself and began asking me the questions that I was to hear constantly throughout my trip:

As the plane landed, feeling like I knew this lady nearly as well as my own grandmother I knew that I was going to be made to feel welcome.

As I travelled through Iran from Shiraz to Isfahan and Tehran through to Mashhad, I met some of the loveliest people I have had the pleasure of encountering. Iranians are genuinely intrigued by foreigners and welcome the opportunity to speak to you. I soon learned that they also welcome the chance to have their photo with you! Which quickly stopped being strange after the third family photo I was included in...

Walking down the streets of Isfahan I found myself being offered bread by locals and being invited in for tea constantly. One evening on the riverbank in Isfahan at the famous Se-o-se pol bridge (translated as 33 bridge because of its many arches!) I found myself being invited to join a friendly, elderly gentleman for tea. Although my initial thought was to politely decline, I decided to ignore any reservations I had and join him. He was absolutely delighted and jumped up to fetch an old thermos he had in a satchel hanging on his bike.

We spent the next few hours talking about Iran, our hobbies and our families. It wasn't until I noticed it was getting dark that I realised I had been with him for a few hours!

This hospitality that Iranians are famous for continued throughout my trip, with countless dinner invites and cups of tea being offered. On my last night at the end of my fantastic journey through Iran and in Mashhad, the religious centre of Iran, I had an invite from my local guide to have dinner with his family. Knowing that I had an early start the next day I said that I would come for tea but would not be able to stay for very long. We arrived at the family home at 4pm, we left at midnight!

We spent the evening talking and listening to his father’s tales of life in Iran and the hopes he had for the future of his country, walking around his garden as he proudly showed me the many fruits that were growing, eating mountains of shish kebab and cooing over 2 year old Homayoon, my guide’s nephew. I left their house with an invite for my entire family to return and stay next year, one that I plan to accept!

So if you've ever wondered whether it was true that Iran had some of the friendliest people in the world, I can confirm it most definitely is! If the beauty and rich history of this country weren't enough to attract you, then let the kindness and spirit of the people draw you in. I for one can't wait to return!

If you are interested in traveling to the place with the world's friendliest people, please check out our adventure tours and holidays to Iran. 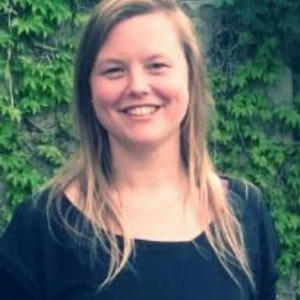