Up and Over Tajikistan's Anzob Pass

Our planned route along the Silk Road was to take us through a tunnel in Tajikistan that links the northernmost region of the country with the capital city, Dushanbe. Built by Iranians (the connection is nothing new; Tajikistan was once part of the Persian empire) in 2003 and opened in 2006, it quickly acquired the moniker ‘Tunnel of Death’ due to the appalling conditions within (having myself traversed the tunnel twice last year, and being ever-the-optimist, I prefer to call it the ‘Tunnel of Fear’). Water gushes through the dark, unlit walls, the floor is strewn with fallen rocks and riddled with deep potholes in which rusting repair equipment lies abandoned. Exhaust fumes choke the air (there are no extractor fans) and to come out at the other end of the tunnel is as if emerging from hell itself.

However, as ‘luck’ would have it, the tunnel was closed for much needed repairs.

Our alternative? One of the most dangerous mountain passes in Central Asia.

Needless to say, there was a certain amount of trepidation, but our local guide, Firdavs and our driver, Abdur, assured us that the route was spectacular. They had both frequently driven the pass before the opening of the tunnel, when the pass became closed to travellers other than local traffic. And so it was a rare opportunity to traverse a very untrodden path.

The 3,372 metre Anzob Pass is located in the Fan Mountain range, itself a spur of the Pamirs that flow south into Afghanistan. Before the tunnel’s construction, the pass was the only link and has only ever been traversable in summertime. The pass can be blocked in summer too, when rock falls have been known to block the pass for several weeks due to their severity, and rescue is difficult.

A brilliant blue sky greeted us as we set off, ambling along the valley floor following the raging Anzob river, and stopping for fuel in a small village of ramshackle adobe houses. Apricots were spread in the sunshine to dry and a man in his orchard beckoned us in. Nimbly climbing a tree, he snapped off a branch burgeoning with sweet, juicy fruits and gave them to us.

Our vehicles climbed, higher and higher. The stunningly magnificent, panoramic views soon took hold of us and we forgot about the sheer drops, the lack of barriers, the loose scree and the small stones placed at the edge of precipices to warn the driver not to get too close. House-sized boulders sat precariously atop craggy, jagged rocks that soared above us, dramatic to behold. Dots on the vertiginous mountain slopes transpired to be families harvesting grasses in preparation for the winter. They were living in small tents for the duration; a soot-blackened pot hung on a trivet above a fire of sticks, the ubiquitous teapot at the ready. Donkeys stood around grazing, patiently waiting to carry the hay down to the homesteads in the lower pass. Dry stone walls delineated fields of crops – potatoes, onions, fodder – all to be stored for the winter months ahead.

Nearing the top, we stopped at a patch of snow and a snowball fight swiftly ensued. Firdavs and Abdur started it; a universal tradition in the snow it seems. Reaching the top was exhilarating. We wandered around, taking photos and shaking hands with fellow travellers; a group of Tajik women in their dazzlingly bright traditional dresses, young men in jeans and t-shirts, and the chirpy husband and wife who live, all year round, at the peak’s weather observation station, food being brought to them in the winter by helicopter. They seemed delighted that the pass was once more open and their isolation broken, for the summer months at least.

Our thirty three kilometre journey had taken three hours and Firdavs and Abdur were right; every minute had been yet another fabulously memorable occasion on our voyage along the Silk Road. 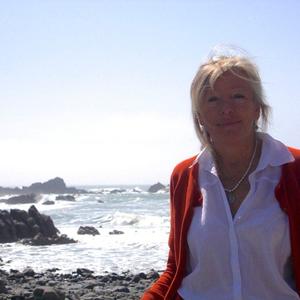 Travels in Tibet: Xining to Lhasa Shotgun Weddings & Stunning Scenery: From Ishkashim to Sarhad From Sea to Sea and Safely Back Again
Share this post: