Michael is currently on Wild Frontiers' Into the Balkans tour. Here he reports on Tito's Mausoleum and an unusual exhibit...

Josip Broz 'Tito' was a giant in post-war world politics. He came to prominence leading the Yugoslav resistance against the Nazis in World War two, as head of the Partisans, who were considered the most effective resistance group in German-occupied Europe. He later became Prime Minster and then President of Yugoslavia from 1945 until his death in 1980. A communist and one-time friend of Stalin, Tito later defied Soviet hegemony and forged his own socialist programme for the country, creating a mixture of socialist policy and free market economics. This made Yugoslavia and Tito in particular a bridge between the Western capitalist democracies and the Soviet communist bloc and he received state visits from Presidents of the US, the UK and even a royal visit from Queen Elizabeth II (see below). He also made enemies though, and by defying Stalin earned several assassination attempts, forcing him to write to Stalin "Stop sending people to kill me. We've already captured five of them, one of them with a bomb and another with a rifle. If you don't stop sending killers, I'll send one to Moscow, and I won't have to send a second."

Tito is buried in a simple marble mausoleum in Belgrade, with running water, flowers and an abundance of natural light.

The so-called "House of Flowers" is also home to one of Serbia's more unusual attractions, a collection of relay batons. Every year from 1945 President Tito's birthday was celebrated with a relay race in his honour. Each year the relay baton was passed from hand to hand and then given to Tito. This receiving and passing on of the baton symbolically represented the communication between the President and the people. In addition to the official batons that were used in the race, each year villages, towns, schools, work collectives and associations sent their batons to Belgrade as a gift to Tito. In Belgrade's House of Flowers, where Tito is buried, just a few of the 14,000 relay batons that were created during his lifetime are displayed.

Today Tito is an almost unique amongst figures in the Balkans as being someone that Serbs, Bosnians, Croats, Macedonians, Montenegrans and Slovenians all admire. He had a Croat father, a Slovene mother and married a Serbian woman. Viewed as a unifying symbol, during his 35 years as leader he suppressed nationalist sentiment and encouraged a feeling of brotherhood amongst the six Yugoslav nations, although this was to unravel to devastating effect after his death in 1980.

Visit Tito's Mausoleum on Wild Frontier's Into the Balkans tour. 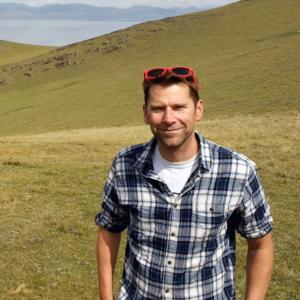