What is Namibia Famous For?

Namibia is a fascinating country that boasts an array of cultural and natural experiences for people to enjoy. It's one of the largest countries in Africa and contains some of the most spectacular landscapes on the continent. Let's learn about what Namibia is famous for to understand the best places to visit in this beautiful African nation.

Extending from south Namibia up to Angola, this coast is named for the whale and seal bones that once littered the shore, along with shipwrecks from boats which found their demise from the perilous combination of offshore rocks and dense ocean fog. The Bushmen of the Namib Desert called the region “The Land God Made in Anger” whilst Portuguese sailors referred to it as “The Gates of Hell”. The actual term Skeleton Coast came from John Henry Marsh in his 1944 book and today has become the official name used on most maps. The most notorious shipwreck is that of the Dunedin Star which crashed in 1942 and was loaded with World War Two ammunition supplies. The survivors trekked through the desert for a month, arriving in Cape Town on Christmas Eve. The cargo remains can still be seen today.

The region, filled with sand dunes, strange vegetation, fossil beds and desert plains, holds enchanted beauty. The northern section of the park, only accessible by flying safari, holds the clay castles of the Hoarisib, the Agate Mountain salt pans and at Cape Fria, a very large seal colony.

Although there are small stretches accessible by vehicle, the best way to experience the region is on a Schoeman Flying Safari. These camping trips vary from 3 - 5 days and have a hefty price tag but it's one of the best things you can do in Africa. The Schoeman brothers are your pilot and guide; with years of knowledge and a true passion they promise to show you the very best of the region. For the more price conscious we recommend a scenic flight from Swakop.

Trekking the fish river canyon is another experience that Namibia is famous for. A sort of tough mudder for extremists, this is one of the most famous hikes in southern Africa but is also infamous as one of its toughest trails. The four-day, 85-km trail is littered with large boulders and loose sand, at points so deep it requires wading through, making this one for experienced trekkers only.

The trail is only open May to mid-September due to the risk of flash flooding, but around 2500 to 3000 people do hike the trail every season.

The route begins at Hiker’s Viewpoint before the path descends sharply to the canyon floor, dropping 500 M in altitude. The canyon’s initial formation dates back 650 million years. Chains have been fit to help trekkers at steep points.

Follow the river along until reaching Sulphur Springs - also known as Palm Springs. As if there by magic, the bubbling springs gurgle at 30 litres per second, offering sweet relief to sore feet! It was a place of refuge for two German soldiers hiding from internment during the First World War. One had skin cancer and the other suffered from asthma, but legend has it they bathed in the hot springs and were miraculously cured.

The next days of trekking pass the Table Mountain landmark, an area of scrub vegetation known as Bushy Corner, Three Sisters Rock, the Four Fingers Rock and the grave of Lieutenant von Trotha.

For the lesser hard-core hikers among you, an alternative overnight trek is the Tok Tokkie hike in Sossusvlei.

Save The Rhino Trust was formed in 1982 in response to the low numbers remaining of the black rhino after prolonged drought and rampant poaching. This area is the only desert-specific population of black rhino on earth. The unique program takes place in the Damaraland and Kaokoland regions of northwest Namibia. It is community run, low volume, sustainable tourism and offers the traveller wildlife spotting without the crowds. 30 years later and rhino numbers have increased five-fold. The regions house the largest concentration of black rhino surviving of land with no conservation status.

If you find yourself wild camping in Northern Kaokoland, take the opportunity to meet the semi-nomadic Himba people of North West Namibia who live and farm on unforgiving, rugged and mountainous terrain. Selling jewelry and watching over their herds, they hold onto their lifestyles attempting to withstand the ever-encroaching external influences. They are a fascinating cultural group that those with a sense of adventure and open-mindedness would sincerely appreciate.

Know that you know what Namibia is famous for, why not a pay a visit to the beautiful country. Wild Frontiers offers a variety of group tours and tailor-made holidays to Namibia. Join us for an adventure! 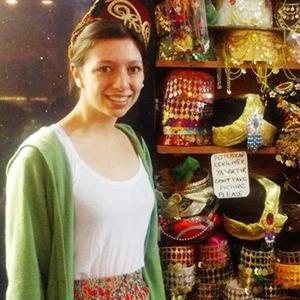 What is Bolivia Famous For Best Ruins in Mexico Tour in Focus: Iran Unveiled
Share this post: