Is Vietnam safe to visit?

I get asked a lot if it’s safe to go to Vietnam. I always answer this question by talking about how you have to be careful of pickpockets and just use common sense, etc. but the truth is that this question goes much deeper than that. It’s about Americans wondering if those we used to see as enemies are now in fact welcoming hosts?

And the answer is yes, yes it’s safe and yes they’re gracious, kind and welcoming hosts. You see, the Vietnam war, while still rather raw for us, is something that Vietnam had to rapidly get over. Reunification caused a lot of pain, but it forced the country to pull off the Band-Aid and move on in healing their country. Also, if you’ve watched the Ken Burns documentary you know that the American War was just a continuation of a struggle the Vietnamese had faced for centuries. Post-war Vietnam had to re-grow and they had to get past the past.

For America, our healing was different. As we were the ones that withdrew, it felt a little bit like a Band-Aid you could never take off, like a wound that would forever be on the collective American soul. Now as travelers, you can’t help but know about that wound. You can’t help but feel we had unfinished business in Vietnam and wonder if that business is going to become yours, as soon as you touch down on Vietnamese soil.

The answer is absolutely not. The healing that needs to be done isn’t actually on the Vietnamese side, but more on our side. It’s amazing to realize that this country has come an incredibly long way since the war, pulling more people per capita above the poverty line than any other country on earth, and truly come out of a brutal time in their history to be a stronger, more united, and quite honestly fascinating country.

The first time I went to Vietnam I was nervous, I remember checking in, going through immigration and realizing that I was for the first time in my life entering a communist country. That was a new experience for me and growing up had been something that we were taught to fear. After a few days in Vietnam I realized that these warm, open, dynamic people had gotten past the history that we as Americans were having trouble doing. I could ask questions, I could ask them to tell me about their experiences and I wasn’t in fact pulling off any Band-Aids for them, I was merely asking them about a small part of their history. I think they found it fascinating that we wanted to know, that we wanted to understand and that they were proud of the unified Vietnam they got to show us.

Mr. Nam is a perfect example of this, as a Vietnamese Vietnam War veteran he lived for years under the ground in the Cu Chi Tunnels – meeting his wife, having a family, having a life, all underground. He lost an eye and an arm in the war, but he didn’t lose his sense of compassion or his incredible hosting ability. Drinking rice wine with Mr. Nam and eating his daughter-in-law‘s famous spring rolls has led me to the realization that letting things go, letting the past go and moving on and finding those friendships, is really a key part to life, we all have our own wars in our past and we could use a lesson from Mr. Nam in getting over.

So to answer the question yes, you’re absolutely safe in Vietnam, but I wouldn’t put your wallet in your back pocket when you visit the market and I’d get ready to bargain hard! The people are kind and friendly and there’s a ton of energy in the country right now as it moves forwards in its development. Vietnam should be on everyone’s must-visit list and our history only makes it a more intimate experience!

Check Out Our Vietnam Tours & Holidays 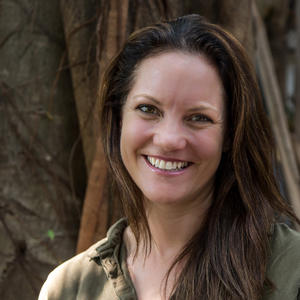 How to Find Cheap Flights to Southeast Asia Mr Nam's Letter from the Clintons An Elephant in Cambodia: Sambo's Survival
Share this post: