Our Head of Group Tour Operations, Jane, has just returned from Papua New Guinea to put the finishing touches to our upcoming 2018 trip. Here she describes the amazing spectacle of the Baining people's fire dance ceremony.

On my recent trip to Papua New Guinea, I was lucky enough to experience a fire dance performed by the Baining people, who live in the mountains of East New Britain.

We left our hotel in Kokopo in the early evening and drove for an hour along dark, winding roads to a small village deep in the island's interior. A fire had been lit in the centre of a field on the outskirts of the village, while a sizeable crowd had gathered in anticipation of the performance. Slowly the beating of drums and chanting began, heralding the start of this traditional local ceremony. The dance is accompanied by local musicians using bamboo poles to beat hypnotic rhythms on wood. The men wear elaborately decorated masks made from bark cloth, bamboo and leaves - despite the painstaking work to create each mask, they are only used once for the fire dance ceremony before being destroyed.

The ceremony reaches its climax as the Baining men perform elaborate dances and jump over red-hot coals and through the flames, all to the sound of feverish drum beats and chanting.

Originally these fire dances were used to celebrate the birth of new children, the beginning of the harvest and a way of remembering the dead. The Baining also use their fire dance as a rite of passage for initiating young men into adulthood. Traditionally this would be a men-only event and the Baining women and children would not be allowed to participate, or even watch.

However, today the intrepid visitor to Papua New Guinea may be lucky enough to experience a fire dance (if they coincide their visit with a festival), and I felt extremely privileged to be present at such a breathtaking spectacle of colour, dance and song. 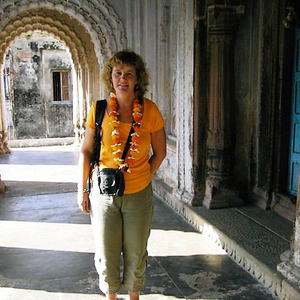