Along the 'Epic' Pamir Highway

The Pamir Highway can only be described as Epic (and it definitely warrants the capital). The scale of it is barely fathomable,  it's as if you are travelling through an imagined landscape; a wall-to-wall panorama of some of the earth's highest peaks; lakes, valleys and villages so remote they may as well be on another planet.  For two weeks, we have rounded every corner agape at the staggering views, still no more easily believed to be real.

We've driven over passes of almost 5000m, in snow storms, having only hours earlier been in desert-like heat on the steppe.  We've paddled in glacial lakes, in biting winds but under the most incredible blue skies ever to exist, the lakeshore encrusted with salt that was difficult to remember wasn't snow. We've charged across mile upon mile of hillside to long-abandoned Soviet observatories with clear views of ice-capped peaks, hundreds of miles across the Chinese border; the equivalent of seeing John o'Groats from Lands End.  Without binoculars. Towards the end of one of our longest drives, our driver incredibly spotted a pack of wolves miles in the distance and our convoy fanned out, in 3 trails of dust, across the steppe at sunset in successful pursuit.  We've crossed rivers, bathed in hot springs and picnicked in verdant valleys. All in the footsteps of Alexander.

Last night was the most remote of our night stops - barely a village, more a settlement.  Balunkul  is the last Tajik village before you reach the Wakhan Corridor, and the Afghan border, and it's  inhabitants are ethnically completely alien to anyone we'd met so far. Driving into the village felt like entering another country. The village subsists on fish (fish!) since Soviet scientists managed to introduce them to their lake, and only their lake. The price of fuel massively inhibits their export potential and so the village barely survives.The family we stayed with were so genuine with their hospitality, it was humbling to the point of bringing me to my emotional knees.The grandmother presented me with an improvised gift when we left, kissing each one of us as we loaded up the cars, and all the family - 4 generations - were there waving us off when we left, after only one short night with them.

Today, we diverted from the M41 - the Pamir Highway - and headed south, to the Wakhan corridor. The drive has been giddying, running alongside the Pamir river, which delineates the Tajik/Afghan border for the whole journey. So close to Afghanistan that we were easily able to throw pebbles across the river, into another country. Across The Other Side we saw a caravan of laden camels, donkeys and men returning from Ishkashim market, held 4 days earlier. At times the road barely clung to the mountainside as we picked our way across waterfalls, with frequent landslides obscuring the already too-narrow road, 800m sheer drop- offs to our left. Our convoy of cars was dwarfed into absolute insignificance by the scale of the barren, grey, towering  rock faces on all sides.

Arriving in the first of the Wakhan villages - Langar, civilisation from out of nowhere - transported us into yet another world.  The valley is incredibly fertile, in indirect proportion to the military starkness of the Khargus pass. It's  Green turned up to volume 11. It felt like we had driven into one of those awful hyper-real, Chinese posters of pretend landscapes, where everything is just "too". If someone had told me that the fields had deliberately been painted that colour, just to provide such a contrast, I'd have easily believed them.

So, tonight, we are staying with the  kalifa of the village,  Jorgor, and his beautiful family. We are washing the dust from our faces, but not the grins, and setting out our sleeping bags on mattresses on the chief's floor. Dinner is being prepared by his wife and daughters, while Jorgor and his eldest son sing beautiful Sufi, mystical Wahki folkloric songs. Under a perfect canopy of stars. At the foot of the mountains. On the barely visible line on the map between Here and There.

Kat is currently leading our High Pamir Explorer group tour through the mountains of Tajikistan. 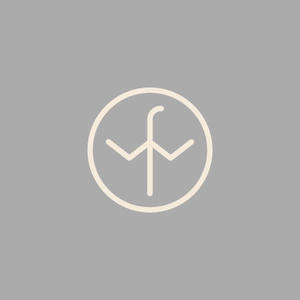