The best things to do in Cochin (Kochi)

Cochin, or Kochi, resides in the southern state of Kerala, along the western coast and Arabian Sea. The harbour city is a major trading centre, hence its rich colonial past, having been colonised by the Portuguese, Dutch and British. The British spent many years dredging the harbour to allow bigger ships to come through for trade, creating islands in the process, including India’s largest manmade island, Willingdon Island.

Cochin is a real mix-match of differing cultures influenced by trade, which can be seen as you wander its streets. Spot the Synagogue in the Jewish Quarter – now only home to two Jewish residents -, the characteristic Chinese fishing nets in the harbour and Parisian style cafes dotted around town. With so much to see and do, I break down the must-do’s in Kochi.

The Jewish Quarter is a hip area with art cafes emerging everywhere, the best spot for a cup of coffee. There are many antique shops and art galleries to look around, as well as beautiful narrow streets for exploring and photography.

As you wander past the old Dutch fort, you will see large Chinese fishing nets on the harbour. The local fishermen adopted the Chinese technique after the Chinese traded with them centuries ago. The fishing nets were so successful at catching fish in the area, they became a staple of Keralan aquaculture and Fort Kochi. Many hotels and restaurants resource their fish straight from the fishing net vendors, which you can pick before you sit down for your meal, you can’t get much fresher than that!

Ayurveda has been estimated to be over 5000 years old. Originating in India, the practise of healing and treatment is designed to bring longevity and wellbeing to participants. Ayurvedic centres are abundant in Kerala due to the fertile soils of the state allowing for many medicinal plants to grow. The perfect time to try one of these invigorating treatments is in Cochin, ideal before or after a long flight.

A rich history and blend of cultures has made Fort Kochi one of the most interesting cities in Kerala. There is much to see on a heritage tour; from the beautiful Portuguese church of St. Francis, India's oldest European church, to the remarkable 16th century Synagogue, which is also the oldest of its kind in the country, and the famous Dutch Palace, home to the Maharajahs of Cochin. The Jewish Quarter and Chinese fishing nets remain a surviving legacy of some of the first visitors to arrive on these shores.

Kerala is known for its many arts and crafts, but one of the most famous artforms is Kathakali classical dance. The dance was originally performed in villages to bring stories and legends of India to the masses. Facial expressions and hand gestures symbolise different emotions and, matched with colourful makeup and costumes, makes for an incredible performance.

Modern technology has meant most people and businesses wash their laundry in a machine, but not in Cochin. There is a community of Tamil families, known as the Vannar community, who clean laundry for hotels and residents in the area completely by hand.

In the 1920s, the British bought over several Tamil’s to Kochi to work in laundromats. Now around 40 families still work in the laundromats, which have been wonderfully preserved, with clothes cleaned on stone, dried in the sun and non-electric irons heated using burning coconut skin. It is possible to visit the operation and donate a contribution.

Indian cuisine is famous around the world but learning how to make these incredible dishes from scratch creates a new appreciation of the dishes. Kochi there are several cooking classes on offer, but Neema’s kitchen allows you to cook in Neema’s home, a local food celebrity, and eat dinner on her family dining table. Delve into the different spices of Kerala and how they can incorporate into a delicious meal!

The trading post of Cochin has bought many visitors and traders to the area throughout history. Therefore, shopping for souvenirs and other goods is a must do. Explore the street stalls on the harbour or the boutique shops in the Jewish Quarter to find some real gems.

Check Out Our Kerala Tours Here 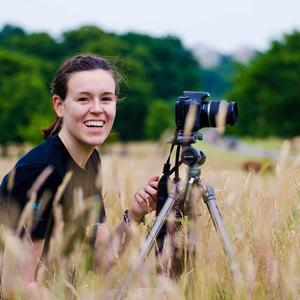